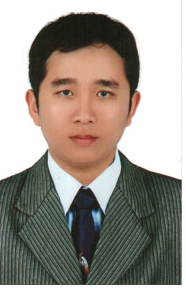 Abstract: Network virtualization (NV) has emerged as a promising paradigm to address the constraints of implementing new protocols and services in existing network architecture by allowing the simultaneous coexistence of multiple heterogeneous virtual networks on a shared substrate infrastructure. Hence, NV is a critical technology for establishing future network architectures (e.g., 5G network and the smart Internet of Things [IoT]). Virtual network embedding (VNE) is a major challenge in NV since it is acknowledged as NP‐hard. Many VNE solutions have been proposed over the past decade. However, the proposed solutions merely centralize VNE node mapping while recommending virtual link embedding for the shortest path method or multicommodity flow (MCF) mechanism. This research paper presents an intelligent virtual network orchestration based on genetic algorithm (GA) for the link mapping stage that implements distributed parallelism to significantly and efficiently reduce the operation time. Our extensive simulations have demonstrated that the proposed algorithm not only outperforms the state‐of‐the‐art VNE algorithm in all performance metrics but also achieves 44.01% faster embedding speed than the most well‐known, fastest link mapping method in VNE.